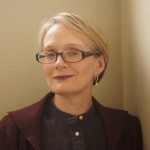 At 63, Mel Wilson could be forgiven for simply minding his own business, making the most of the final decade of his real estate career, running his brokerage, sitting on industry committees and then signing off.

The founder of Mel Wilson & Associates-Realtors is calling on the real estate industry to recruit more widely, especially younger agents, as 30 percent of the current Realtor population (those in the 60-plus age range) prepare to make their exit over the next 10 to 15 years.

Currently on the executive board of CAR and vice chairman of the Federal Legislation and Political Forum at NAR, Wilson doesn’t think the industry is taking the necessary steps for this societal and generational change.

“As much as I love NAR and CAR, they are not doing enough to encourage more agents to enter the industry; they are not ringing the bell as much as they should be,” he said.

“When the baby boomers go, that will be a lot of intellectual knowledge out the door very quickly,” added the broker, who noted that 70 percent of his company’s 38 agents are over 50.

Because the average age of Realtor is 53, you could argue that real estate is going to be hit harder by the retirement of baby boomers than other industries, said Wilson. Those aged between 50 and 59 represent another 30 percent of 2016 Realtor numbers.

NAR managing director of survey research and communications, Jessica Lautz, said real estate firms are conscious of the generational transition. In its 2015 research, companies listed it as their second-biggest concern (41 percent) in the next two years, after millennials‘ ability to afford to buy a house.

“My biggest fear is that if 30 percent or more of the biggest generation of Realtors are going out of the business over the next 5 to 10 years, how will we serve the consumer?” asked Wilson, whose brokerage of three offices had a sales volume of $48 million last year.

“Fewer real estate agents will result in unhappy buyers and sellers and litigation as a result of mistakes that will be made.”

And if the vacuum they leave is not filled, lesser players will enter the market, he warned.

“If the real estate industry and the big brokerages do not begin to do something, there will be market disruptors,” he said. “They will look at how much revenue they can generate per transaction, get a broker’s license and invest in their workforce. They are going to come in and displace traditional real estate brands.”

One solution: Recruit agents straight out of college

“A lot of the brokers, national franchises and independents, are not going after young people enough. They are still trying to get the person who’s fallen back on real estate as a second career. “

According to NAR’s Lautz, 96 percent of NAR members are entering from some other profession — business or retail, most commonly.

“Industrywide, state and national associations need to be packaging a career for people who want to be in real estate,” said Wilson, who became an agent at 25 after a career in the NFL.

For young business graduates deciding what to do next, real estate is a better option than going to Enterprise, the car rental company — a career some of his students are contemplating — argued Wilson.

Brad Pearson, a manager at Coldwell Banker Residential Brokerage Yorba Linda in California and one of the company’s most successful recruiters, has his doubts about attracting college graduates, having tried it in the past.

A young agent team he sent to a local community college job fair a few years ago reported back that nobody dreams about being a Realtor when going through college.

There was also resistance from parents about their kids going to a commission-only job such as real estate when they have spent significant amounts of money on a college degree.

“We were almost laughed off the campus,” said Pearson.

Keep it in the family

Parents who are real estate agents get it, he added.

He is regularly asked by top producers if he will take their son or daughter out to lunch and encourage them to try a career in real estate. This is the dream handover for any broker — that a top earner will have a family member who wants to step in when they retire.

“But not all of these boomers have family to hand over to, or maybe they don’t have family who are capable of taking over these mega-businesses,” said Barbara Wichman, vice president of talent management at Leading Real Estate Companies of the World (LeadingRE), who had some frank words for the industry.

Wichman, who came from the corporate world before joining LeadingRE in late 2015, said: “My view coming in is brokers spend such a lot of time recruiting because a lot (of agents) will fall out and not be successful. What the industry lacks is the training required to bring people on for the job ahead of them.”

Millennials have different expectations of a real estate career

While other industries may be nervous about the baby boomer generation retiring, they have systems in place for the next generation coming in, said Wichman.

“I think when you look at the big consulting houses and corporate organizations, they have established recruitment policies, training, retention, internships and proper expertise to develop these young professionals so they can bring them on. Real estate does not have that yet.”

“If you want to attract millennials and younger, you need to promote and recruit on things that they are looking for,” she added.

Brokerages should be factoring in the millennial’s interest in community involvement, training, mentorship and team experience when doing their recruitment marketing.

“It’s about starting to change the profile of being in real estate, bringing it into being more of a discipline,” said Wichman.

“This is the time to start elevating the real estate agent — they are not someone who is just all about sales. Unless you come from a very large brokerage, you have to know it all; you have to know accounting, HR, communication, regulations, law, the more complex guidelines.”

‘This is the time to start elevating the real estate agent’

Brokerages should be asking: “What are we doing to prepare agents for success — with onboarding, training, how are we mentoring, how are we supporting them as they kick off this new career?”

“The sink or swim, ‘this how we learned,’ that mindset that we hear — that will sink a leader,” said the talent management expert.

“Your job as a leader is to recruit, develop and retain. I think that (old) mindset will change.”

“A whole new influx of individuals are coming in with a different set of values and expectations, ” she said. And brokers will have to adapt to this.

Don’t stop ’til you drop

There are some who are listening to the warning sirens Wilson talks about.

Amy Somerville, Re/Max’s vice president of education and training, said retiring baby boomers were very much on the company’s radar, with the age of its agents closely tracking the NAR demographic figures.

Every year the company sends out a survey to ask agents how long they plan to stay in the business, and many baby boomers are saying “at least another 10 years,” which is good news, said Somerville.

“Because they are independent contractors, in business for themselves, they not looking at the usual 65 retiring age. They manage their time to suit themselves,” she said.

“Most people think they will die doing this, ” she added.

Amy Somerville: ‘Most people think they will die doing this.’

If they do get an indication that the agent is preparing for exit, Re/Max sees this as an opportunity to educate older agents about how to build a path of referral business for its the younger agents.

Ideally, they will flag their retirement plans five years out, she said.

“A lot of brokers are building mentorships between younger agents and older agents, putting them together.”

Mature agents are often happy to mentor. “Some of our top producers are getting to the age where they have done well, provided for their families and it’s time to give back as a mentor, to teach contract writing and share their notes.”

Share This
Sodwana Bay guesthouse, discrimination and the law explained – againIndustry News
SAVE THE DATEIndustry News