“Property industry uncertainty over Naspers’s Property24 takeover of Private Property is finally over. In its place, a fresh vision for a symbiotic relationship between the industry and digital space” 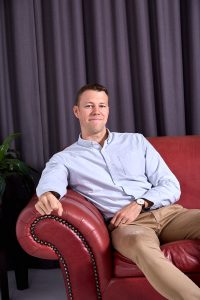 The past 10 months haven’t been easy for Bray at the negotiating rock face, or for his team facing an uncertain future. The implications of Private Property possibly being owned by largest rival, Naspers’s Property24, weighed heavily on Bray. “It was very difficult to build a case that we weren’t merging the two strongest players in digital property advertising, because we were.”

Bray joined Private Property about six years ago, the latter three as CEO. He studied engineering, but knew early on that as a profession, it could never be what he woke up to do every day. “I like to make things, and the cool thing about software is that you are invariably building features and technology solutions to real-world problems … it still has an engineering component but is far more dynamic.” Bray had developed real estate management software with a partner. Private Property liked it, liked Bray, and bought out their company. Bray then headed up the Private Property software development team. “We needed to revamp and overhaul the ageing website and software architecture, so it was an exciting opportunity to tinker and build. Then I fell in love with the business side of it, the broader portal business model.” He became increasingly drawn in by Private Property’s transformation from a “for sale by owner” website to a full-service property portal.

As the website transitioned, Private Property identified different directions. Bray is blunt. “It’s very difficult to have agents as customers, or industry as shareholders, if your platform started around a ‘no commission’ concept.
“As a portal, to represent the full marketplace for property shoppers, you need a variety of stock coming from different people.”

South Africa’s real estate industry was increasingly acknowledging the growing importance of digital technology. “They created a grouping, the Estate Agents Portal Company, with the express aim of playing a role in the digital advertising space around property. They believed it was important for the industry to be involved. And so the conversation began,” he says.

Simultaneously, Bray became excited about the possibility of a supportive relationship between digital technology and the real estate industry. The property industry had done the hard work. “They’d pulled together, so we were able to talk broadly with them. We had a dialogue about how they could participate in the business, and that culminated in a minority stakeholding in Private Property. For the first 12 months, it proved to be a very successful partnership.”

Then, in late 2016 everything changed. Private Property was still majority controlled by a local group of classifieds, One Africa Media, which included a couple of assets in South Africa – Private Property being one – alongside companies in east and west Africa.

The share purchase agreement was put in place. In November 2016, the Property24/Private Property deal was reported in the media. Bray describes the mood. “While it was flattering that our competitors saw us as such a threat, the takeover bid did trigger a very difficult period. Our new industry stakeholders felt marginalised, and the existing Private Property business began to suffer the effects of being associated with Property24.”

The assumption in the industry was that the two portals would be owned by the same parent company, creating an effective monopoly over digital property advertising in South Africa. Bray and Private Property bore the brunt of that negative sentiment, perceived as “the guys who sold out”.

But bring on the twist. “Through the actions of the industry – and inaction of the acquirer – that deal, 10 months down the line, is dead.” Bray praises the role players. “The real estate industry shareholders took One Africa Media to task legally over rights issues around how that deal was structured – the outcome was to pour water on the Property24 deal.

Ultimately it was the successful negotiation of an alternative deal that led to One Africa Media walking away from the Property24 bid.  By the end of 2017, Private Property should have new partners. “The deal in place is for a consortium of shareholders, driven by the real estate industry, mortgage origination and Caxton Media. They are the new owners of Private Property, subject to regulatory approval.”

“A disaster averted,” says Bray. “Now, as the technology partner to the real estate industry, we can innovate how agents interact with property shoppers, giving them better results and ultimately, help shape a better future for the property market.”
Bray is buoyant about this future. “This is good news for everybody. For Private Property, we get to keep doing what we are passionate about. For the industry, it ensures a vibrant competitive environment with at least two big platforms offering advertising services. And the industry now has a genuine stake in the digital marketplace business.”

What were possible knock-on effects if the Private Property/Property24 deal had succeeded?

When you have an unassailable lead – whether Private Property and Property24 amalgamated or stayed independent – the joint business could have charged whatever they wanted for the advertising services on those platforms. A price increase of 20%-30% would have been minor – there would have been opportunity to ramp up prices aggressively. Another thing. It would have been a missed opportunity to participate in what the digital property marketplace could and should look like. Estate agents effectively become passengers. Whatever that company chooses to do, they are taken along for a ride. As opposed to now, where there’s a great opportunity to participate and build that future vision together.

What is noteworthy about the industry standing behind a portal?

The portal is often independent of the industry. In most markets, portals are seen as media, quite separate from the real estate industry that is its clients. It’s unusual for the two to work together. There’s this reliance on one another for what each brings but in most markets they dislike each other – frenemies really. It’s not like that everywhere. With Funda in the Netherlands, for example, the portal has a strong, collaborative business model which works extraordinarily well.

How can digital portals help and not alienate traditional agents?

The DNA of this business is technology. What makes a lot of our team tick is innovating around new features. It’s key in a business of this scale, where we’re talking upwards of 400,000 listings, maybe a million enquiries in a month and 3.5-million visits on the platform. The only way to address that scale is through smart technology. There’s a rebirth opportunity for the industry at large. All these other steps the industry has been taking to improve service levels, delivery, even reputation, we can facilitate through technology and direct access to the consumer. Technology can offer agents software, tools and applications that improve their lives and make it easier to deliver the superior levels of service the market has come to expect.

Share This
50 000 ILLEGAL AGENTS OPERATING, SAYS EAABIndustry News
The Constitution and land expropriation – how would it work?Industry News