The average residential rental rate in South Africa shows a downward trend, and sits at just above R6,500 per month. 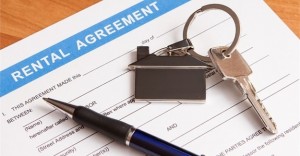 The quarterly PayProp residential Rental Index has indicated that the stagnation in growth has had far more than just a short-term effect. Long-term year-on-year growth in rentals, which has climbed tentatively since January 2015, dropped this quarter from 7.56% in June to 7.28% in July, and ended on 5.18% in September 2015.

“Based on previous growth cycles we had been expecting the upturn to last until the end of 2015 at least, with growth rates to pick up in January to around 10%. However, as a result of the cessation in growth, this quarter has effectively marked the beginning of a downward dip in year-on-year growth,” says PayProp Group CEO, Louw Liebenberg.

The Northern Cape is now officially the most expensive province in which to rent in the country, with average rentals topping out at R7,219 per month this quarter. “While the Northern Cape is the largest and currently still the fastest-growing province in terms of monthly rental values, we continue to have concerns about the sustainability of this growth,” says Liebenberg. “The first red flag is the slowing down of the phenomenal year-on-year growth levels this province has enjoyed.”

Currently at a quartered average of 10.8%, this figure is at its lowest in 18 months. Over the three months of quarter three, growth fell from 10.9% in July to 10.5% in August, ending at 7.7% in September. Liebenberg predicts that with this trajectory, the Northern Cape might lose their leader position in the next quarter.

Over time the PayProp Rental Index has pinpointed a migration of rentals from the lower-priced bands to higher-pricing. But while the index highlights impressive growth in the more than R10,000 categories, it is important to keep in mind that 77.4% of all rentals are still below R7,500.

Liebenberg says that on further examination, interesting dynamics come to the forefront when considering growth in rentals above R15,000. “While the index shows a decline in that band, it is still an impressive number – from 72% at its highest, down to the current quarterly average of 47%.”

“We often look to rentals in this price category as the ‘canaries in the mineshaft’ when projecting provincial growth rates. According to the hypothesis we’ve developed over the years, a drop in this price category is a first indication of a possible downward cycle in a particular area,” says Liebenberg. “If we look at the movement in this category in Limpopo for example, we see that the impending downward trend in average rental values began with a reduction in the growth levels in high-end rentals.”

Over the past three quarters a concerning trend has emerged in terms of tenant income declining while their debt repayment commitments are increasing. As a result, tenants are currently spending close to 37% of their income on repaying debt, as opposed to 32% at the beginning of this year.

Provincially, the data provides an even more interesting perspective. Limpopo, where there has been a decline in average rental increases, shows a corresponding increase in debt repayments relative to income. The same trends are at work in Mpumalanga.