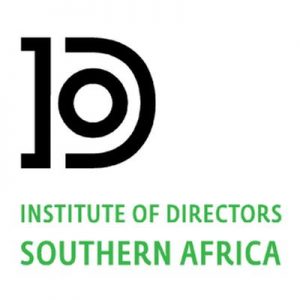 Version B of the Expropriation Bill 2015 has been published. Everyone who has property should be
aware of at least the following proposals:

Duties that apply to an expropriating authority

(i) May not expropriate property (not defined despite reference to the Constitutional Right to
Property – not limited to immovable or tangible property) arbitrarily (not defined and as such
open to interpretation);

(iii) Must first attempt to reach an agreement with the owner or the holder of an unregistered right in property for the acquisition thereof on reasonable terms, and only if unsuccessful consider expropriation – however urgent expropriation, as decided by an expropriating authority, can be used instead;

(iv) Must gather information when considering the expropriation of property, including, amongst others:

 getting access when given by court order, owner or occupier;
 requiring, to the extent known, the names and addresses of all persons holding unregistered rights in respect of the property and particulars of such rights, within 20 days; and
 limiting the time and manner in which an affected person can claim compensation for damage to property caused by the information gathering exercise to a written demand, and possible legal proceedings to time limits stated in the Institution of Legal Proceedings Against Certain Organs of State Act, but not requiring the expropriating authority to make affected persons aware of these rights and/or time limits;

(ii) All unregistered rights in such property are simultaneously expropriated on the date of expropriation unless expropriation thereof is specifically excluded in the notice of expropriation or those rights, were granted or exist in terms of the Mineral and Petroleum Resources Development Act;

(iii) In the case of a right to use a property temporarily, the expropriating authority or the person on whose behalf the property was expropriated may as from the date of expropriation exercise
that right;

Various complex time limits and requirements are placed on the expropriated owner or holder that
wishes to claim interest on overdue compensation, or compensation itself – Also see service and
publication of documents and language used.

Other matters
Provision is also made for:

(i) Mediation and determination by court with a specific proviso added that a dispute on the
amount of compensation alone does not preclude clause 9 expropriation; and
(ii) Withdrawal of expropriation.

Lingering concerns
The approach seems to be to take as much as possible and make compensation claims and other rights
difficult to process, and let the courts at some future stage consider reasonable boundaries on rights
infringements. If this is in fact the approach, then it is not in line with how the Constitution states laws
should be considered.

The following is not a definitive list of potential concerns created by the proposals made in the Bill:(i) Expropriating authorities: Reasonable expropriation could be a reasonable part of life – this Bill requires a lot of trust that authorities will actually make an attempt to act reasonably towards all;

(ii) High levels of complexity: The list of related laws that potentially allow expropriation is growing, interconnected and hard to follow – it is hard to imagine how the ordinary home or business owner will be able to understand their rights / offences or be able to afford relying ontheir rights without some kind of legal and/or insurance cover – see, for example, Protection of investment Act and related laws stated on left side of current Expropriation Act;

(iii) High levels of legal uncertainty: Property can be temporarily expropriated and expropriations can be withdrawn. Serious legal uncertainty is also created by the fact thatalmost anything could potentially be expropriated at almost any time for any of a large number of reasons (e.g. administration of any law), the cherry picking powers given to the Minister;

(v) Questionable proof: The extent to which proof of unregistered rights will be accepted will
be interesting, and is open to abuse;

(vi) Safety first: Persons being visited by expropriation investigators will need to find a way to
confirm that their authorisation is not a fake one, and owner consent can be gotten by going to
an undefined “occupier”;

(vii) Confidential information: Persons being visited by investigators will need to be able to manage information requested from them to ensure it is in fact reasonably required for the purposes of valuing the property, if other Constitutional rights may be at play that limit access, and to consider the correct manner to inform third parties if third party information is requested;(viii) Limitation on right to access courts: A person who suffered damages from expropriation investigators investigations may only institute legal proceedings if done within time limits stated
in line with the requirements of the Institution of Legal Proceedings Against Certain Organs of State Act;

(ix) Limitation on common law right to be heard: You will have limited time from delivery of a notice to respond to complex information requests, unless the expropriating authority, on written request and good cause shown by the relevant owner, right holder or other interested or affected person, from time to time extends that period as may be reasonable in the circumstances;

Note: The Promotion of Administrative Justice Act, as mandated by the Constitution, will be important to note throughout this law. Public officials making an administrative decision must apply their mind (and what that means), may not make a decision for ulterior motives etc – please see a past overview of that law.

Note: Constitutional Rights, that are not only limited to the Right to Property and Right to Administrative
Justice, may serve to protect these common law rights for example, but not limited to, the right not to be evicted or have your home demolished without an order of court (only made after considering all the relevant circumstances), the right to fair public hearings before a court, and the duty to apply the Constitutional Limitation of Rights approach.

(xi) Potential arbitrage: It seems that rights in a property may be expropriated from different owners and holders of unregistered rights in the same notice of expropriation, and a separate offer of just and equitable compensation must be stated in respect of each owner or holder mentioned in the notice;

(xii) Payment delays: Parts of compensation payment could be delayed and section 13 creates various grounds on which to delay interest on delayed payments; andNote: There may be a future opportunity here for financial institutions to provide an assurance solution that can help owners and businesses off-set the unexpected below market expropriation of their property, delayed payments etc.

(xii) The foundation for any infringement of rights: The Bill only references the Right to Property and Right to Administrative Justice in its preamble. The Bill of Rights, however, functions as a whole and more consideration and reference to the Bill of rights would have been a more welcome approach. This whole of the supreme law of the land, against which all other laws must be tested, includes the Constitutional requirement that a Constitutional Right may
only be limited in terms of law of general application to the extent that the limitation is reasonable and justifiable in an open and democratic society based on human dignity, equality and freedom, taking into account all relevant factors, including:
 The nature of the right;
 The importance of the purpose of the limitation;
 The nature and extent of the limitation;
 The relation between the limitation and its purpose; and
 Less restrictive means to achieve the purpose.