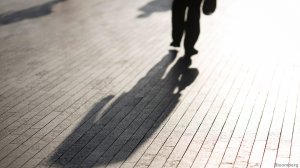 The introduction of the amended Broad-Based Black Economic-Empowerment Codes of Good Practice on May 1, 2015, could result in more than half the economy becoming non-compliant.

The revamped codes were published on October 11, 2013, and the transitional period was initially scheduled to endure for a year until October 10, 2014. However, an extension of six months was awarded in March, offering companies a longer period to adjust to the new regime.

“If the sector codes are not released in time, businesses will need to follow the amended codes released last October,” he said, pointing out that businesses with a BEE scorecard expiring after May 1, 2015, would have their BEE certificate assessed on the amended codes, based on the data and activities carried out in the year prior to verification.

BEE compliance was a complex and time-consuming process, with many companies unlikely to succeed in adjusting to the amendments on time.

“Based on the new codes, a business currently at level 4 will almost certainly fall to level 6 and, possibly, even further. Management will need to do additional work and activities to retain [the company’s] current BEE status. Training spend, for example, needs to be increased from 3% to 6%,” Levenstein explained.

Those providing training to their employees to earn BEE points would need to speedily reallocate a training budget, select staff and kick off training in a process that was usually spread over 6 to 18 months.

“The BEE points allocation only accrues after the money is spent. The same goes for procurement, socioeconomic development and enterprise development,” Levenstein pointed out.

“Businesses could be caught with a number of suppliers having lost their BEE rating, resulting in a domino effect of downgraded BEE ratings across all the industry sectors,” Levenstein noted.