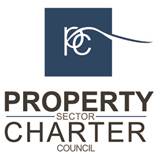 Below is a letter from IRBA that was sent to Auditors on the 4th March confirming IRBA’s withdrawl from the regulation of B-BBEE assurance services for B-BBEE Approved Registered Auditors.

This will have a profound impact in the BEE world and we can expect a number of BARs to exit verification services due to perceived risk, the uncertainty of unknown regulation and because, in the absence of a CA charter, the difficulty (impossibility?) of  becoming a BEE level 3 entity under the Amended COGP without a black partner. Read Government_Gazette_34612_Statement_005 .

IRBA have suggested that the DTi will have concluded their strategy for the new regulator by 30th September 2016 but they will be struggling with tough questions such as whether a separate BEE commissioner, regulator and accreditation body is needed and whether the skills needed to staff these functions will be found.
IRBA_Withdrawal