One director late with his FFC registration or audit report and the entire business and all the estate agents employed there find themselves deregistered. Sounds absurd? Unfortunately, this is a reality should the Property Practitioners Bill be voted into law as it stands warns Jan le Roux, CE of industry body Rebosa.

That day is soon approaching as the Bill was unanimously accepted in Parliament’s General Assembly on 4 December and will now be tabled before the National Council of Provinces (NCOP). This could happen when Parliament returns from their recess early in January. If the Bill is approved by the NCOP, it will then be referred to the President to be signed into law.

During the debate in Parliament this week it was clear the political drive is there to see this Bill through as soon as possible as transformation of the property sector is seen as a critical issue by all the political parties. Only an estimated 5% to 10 % of the sector’s management or business owners are black. Specifically supported are transformation enablers such as the Transformation Fund, the establishment of a Property Research Centre and audit exemption requirements for estate agents with a turnover of less than R2.5 million per annum.

While welcoming the drive to transform the property industry, Le Roux warns that the Bill as it currently stands will not serve this purpose as well as it should and could even be detrimental to this cause. The issue of deregistration of an entire agency following a misstep by one of it’s directors is only one of many causes for concern with the current draft of the bill. Here follows a summary of the important issues (there are many Le Roux says) with the current draft.

This is the biggest single detrimental issue in the Bill. In terms of this section an entire business and all the agents employed in the business can be de-registered because of an omission/act of one of the directors of the business. The equivalent of this is the Authority not being able to function if one board member commits fraud. A bank like Standard Bank does not close its doors if one of their directors commits fraud or such like. The clause should be amended to read that the business can continue functioning and the business and its estate agents can remain registered provided there is at least one qualified and properly registered principal/director in the business. Please keep in mind a director could be deregistered for simply submitting payment late.

Developers: The current definition excludes developers because they are selling their own properties. Developers however sell those properties to consumers (deal with consumers) and employ individuals to do so. Currently neither the developers nor the individuals they employ must comply with the Act and do not have the necessary training. In terms of the Bill they are also therefore not covered by the Fidelity Fund.

Attorneys: As per the current Act attorneys and candidate attorneys are still excluded. There is no motivation for this and attorneys are, like developers, employing more and more sales associates without the necessary training (albeit they are covered by the attorneys Fidelity Fund). Because attorneys are primarily interested in obtaining conveyancing work, they unfairly compete with estate agents as far as commission, etc. is concerned. The study curriculum for agents involve much more than just law. Attorneys should at best be exempted from NQF 4 & 5 but should comply with everything else in terms of the Act.

It is a better solution to allow estate agents who want to/need to receive deposits from clients to have trust accounts and have same properly audited, but to allow estate agents not wanting to do so not to have trust accounts at all. These agents will, as they currently do, request clients to make deposits to the trust accounts of conveyancers. Using the turnover (keep in mind that it refers to gross commission not sales) is not an indication of the size of the deposit that might be made (an estate agent with a turnover of less than R2,5 million per annum may well be selling one property of R49 million and/or take a deposit equal to R49 million). Should the rand value be the indicator it would be better to limit the quantum of deposit rather than turnover of business.

There is no reason why all estate agents should have trust accounts. Trust accounts do not make/keep people honest.

It is obviously unfair to hold a principal responsible for acts or omissions by the candidate property practitioner when the principal is unaware of their actions. The employment of 22,000 candidates are threatened by this.

Allowing property practitioners to register every three years is a step in the right direction but it remains unnecessary to re-register at all. They should be allowed to register once and be compelled (as they are) to keep their data up to date at the regulating authority. Property Practitioners can, under such circumstances, be invoiced yearly for their yearly fees as they are currently invoiced for Continuing Professional Development courses – the system is in place. This will further alleviate bottle necks and administration at the authority. The Estate Agency Affairs Board (EAAB) has admitted to not being able to control attorneys operating illegally at present therefore this is of extreme importance.

Le Roux said regardless that the Bill has been approved by the National Assembly, Rebosa will continue to lobby to have the bill changed until the day it is signed into law.

Related articles: Property Bill could be law by next elections

What are your thoughts on the new Property Practitioners Bill? Will it effect transformation in the property sector? Email editor@propertyprofessional.co.za. 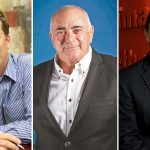