SA’s economic activity picked up enough in the third term to exit out of the technical recession, but more is needed to place the country and the property sector firmly on sustainable economic growth say property experts.

The news that the country’s economy officially exited the recession after reporting 2.2% GPD growth in the 3rd term offers a glimmer of light which is unfortunately dulled by Eskom’s current frequent blackouts. At least there was also a substantial drop in the fuel price just in time for the festive season.

This week also saw the approval by both the National Assembly and the National Council of Provinces of the Joint Constitutional Review Committee’s recommendation that Section 25 of the Constitution be amended with expropriation of property without compensation as a means to effect transformation of property ownership. Economists are warning that this could continue to restrict economic growth as investors wait to see how this will be implemented.

Although property experts welcomed the news about SA’s economy showing more activity, they explain there are many reasons why they remain concerned.

Says Myles Wakefield, CEO of Wakefields Real Estate, “Property loves an economy which is growing, so, yes, any sign of improvement is positive. Having said that however, with our population growth at two percent per annum, anything less than two percent growth means we’re not on a sustainable growth path. We’re effectively going backwards”.

“Economic growth is the single most important ingredient needed for us to build the country we dreamed of creating, and for that, we need at least five, preferably seven to eight percent growth annually for the next ten years to help eradicate our massive unemployment rate. So, although it’s positive to see a glimmer of light, we need more than a glimmer to grow,” continued Wakefield.

He lists five things that needs to happen to restore that all-important confidence locally and globally, and to regenerate our economy:

“But South Africans are amazingly resilient, and essentially entrepreneurial. We want to create a great country, and we know it will only happen if each one of us plays our part. We simply can’t leave it up to others,” ends Wakefield.

Lew Geffen, chairman of Lew Geffen Sotheby’s International Realty, said the moves by president Cyril Ramaphosa to rid the ANC of the culprits of state capture will inspire more confidence in the property market than the announcement about exiting the technical recession.

He says the one must realise that the property market has been in recession for at least two years and this was not due to a technical recession, but due to the sentiment crisis caused by the Zuma regime.

“When President Ramaphosa was elected at the beginning of the year to be President, we experienced ‘Ramaphoria’ in the property market and trading was better than the previous year. When the plot emerged on or about June or July against President Ramaphosa, the sentiment and the Rand went into decline and we experienced extremely bad months in September and October. November is usually a good month and trading has been much better and so has the Rand improved. I think what’s more important is that there have been several moves by President Cyril Ramaphosa to rid the ANC of the culprits of State Capture.

He applauded this week’s announcement of the new director of the National Prosecuting Authority as more important than the announcement on the exit from the recession. “Good job Cyril, carry on and the property market will recover,” ends Geffen.

In the end a lot depends on the outcome of the 2019 elections in May and he expects house price growth to remain slow until then says Adrian Goslett, regional director and CEO of RE/MAX of Southern Africa.

“Though technically out of the recession, I do not foresee that there will be any immediate effect on the property market. I predict that house price growth will be slow, somewhere in low single digit numbers, as people await to hear the results of the 2019 elections and see whether economic growth remains stable before making significant long-term investment commitments. Following this announcement, I anticipate both local and foreign reinvestment in the country, especially post-election if the fight against corruption continues and the economy continues to strengthen as a result. Greater stability should lead to consumer confidence and with that a more buoyant real estate market. If you wait too late to purchase, you may miss the upside of this growth,” ends Goslett.

Related articles: Adjust to new market realities of a recession

Email comments or questions to editor@propertyprofessional.co.za. 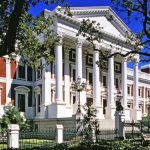 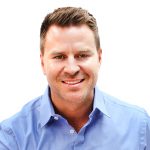